It's been an interesting journey for the last few decades. And we are marching on with great gusto. Know more about where we came from and where we are headed. 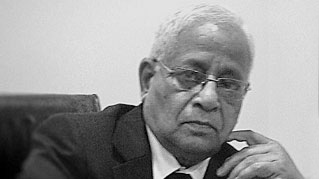 Mr. Prakash Phadnis sensed opportunity in the pharmaceutical industry in India and diversified their manufacturing activity toward the development of products for that industry.

He started product development with
limited resources, making the
best use of people, time and money.

The company, from its humble shed at the
newly developed area of Navi Mumbai,
started doing business with
the pharmaceutical industry in India.

After developing capsule polishing machine and capsule inspection belts for Pfizer in India, Mr. Prakash Phadnis pioneered the development and supply of stainless steel pallets to the Indian pharmaceutical industry.

After scaling heights in its competence and trust for 16 years since inception, the next generation's young, graduated engineer, Mr. Nilesh Phadnis, joined forces with the business.

Nilesh came in with fresh ideas and zeal to elevate the company to the next level.

The company inaugurated state of the art manufacturing premises and marked the year by executing its first export order from Syria.

The execution of a major project in the Gulf marked the year with great success.

The company proceeded yet again, to bigger and better manufacturing premises in the same year.

While commemorating 30 years in business, Accura proudly looked back at its range of world-class machines and equipment. By then, having developed and supplied to most of the reputed pharmaceutical companies in India and across the globe, they had arrived.

Accura entered the US market through the supply of its Tablet and Capsule Inspection Machine to Glaxo SmithKline Inc. NC, USA.

The machine supplied
to Glaxo SmithKline Inc. reaffirmed the
standard of product quality and services
offered by Accura.

Accura executed yet another significant project in North Carolina, USA.

This year marked their advent into the realm of sophiscated, fully automated systems with cutting edge technology.

had been developed as a result of rigorous research and trials, and was launched.

- the automatic Tablet & Capsule Inspection Machine - was launched after a five year long period of diligent research. This machine was the very first of its kind to be launched in India.

To place user-friendly automated systems for the inspection activities in the operation lines of the global pharmaceutical and food industry - that serve for generations, in the establishments.